Sports is a profession that can earn you a fortune overnight if you are the best at what you do. Athletes around the world have earned millions of dollars throughout their illustrious careers. However, only a select few athletes have excelled above all other players and have accrued significant career earnings that exceed the $1 billion threshold.

Hall of Famer Floyd Mayweather etched his name in the archives as he hosted some of the most lucrative sporting events. “Money” defeated UFC star Conor McGregor in 2018, earning the biggest sports payout in history. Even though he earned $275 million from the iconic match, he’s still not the athlete with the highest career earnings.

Despite the fact that Serena Williams and Michael Jordan have amassed substantial fortunes during their careers, neither of them rank among the top earners.

Who is the athlete with the highest career earnings?

Mayweather, Williams and Jordan have earned millions of dollars during their careers, making them one of the richest athletes in the world. The biggest lifetime wins belong to golf legend Tiger Woods, who has surpassed every other athlete on the planet.

Where do other athletes fall on the list of highest career earners?

Football superstar Cristiano Ronaldo is just second behind Woods on the list. The Portuguese player has earned $1.2 billion throughout his career. His charisma makes him one of the most followed people in the world. Moreover, he was able to earn a considerable sum from his brand endorsements. 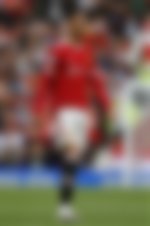 Additionally, NBA icon LeBron James, who recently hit the $1 billion net worth mark, ranks third on the list. His illustrious career has seen him earn millions through his performances, and the man also endorses some of the hottest brands. King James earned $1.16 billion during his career.

The magician, Lionel Messi is just a bit below James and has career earnings worth $1.15 billion. The Argentine player is currently playing for Paris Saint-Germain after having a long tenure with Barcelona.

The fifth position goes to Swiss tennis legend Roger Federer. He has endorsed some of the most luxurious brands, including Rolex and Uniqlo, among others, which have taken his career earnings to $1.09 billion.

Additionally, Serena Williams, the greatest tennis player who ever lived, has amassed career earnings of $94 million. Notably, it’s twice that of any other female athlete. Michael Jordan is the richest athlete in the world, but not the athlete with the highest lifetime earnings. He won about $93 million in his career, and interestingly, his wealth reached the zenith after his retirement, and he is now the penalty $2.2 billion.