An academic symposium titled “Spiritual Dialogue between Chinese and Ancient Greek Civilizations” was held in Beijing on Saturday, nearly a month before the Beijing 2022 Winter Olympics.

Under the theme “Civilization, Peace and Friendship”, the symposium held at Beijing Sports University focused on spiritual dialogue and unity while marking the 50th anniversary of the establishment of diplomatic relations between the China and Greece.

A letter from Greek President Katerina Sakellaropoulou was unveiled at the symposium, jointly organized by the Department of Literature and History of the Chinese Academy of Governance, the Center for Classical Civilization of the Renmin University of China, the Beijing Sports University and Civilization magazine.

“Every effort to support, disseminate and develop the Olympic values ​​is not only laudable but also crucial,” wrote Sakellaropoulou in the letter published on October 29, 2021, which also served as the preface to “The Olympic Manifesto – The Beautiful Parchment of the Olympic Culture III “, released in November of last year.

“Today the world is experiencing unprecedented challenges and crises that can only be resolved through concerted action and international cooperation,” the letter read.

The Greek President noted in her letter that the restoration of the old Greek Olympic Truce Agreement demonstrates the will to send a message of peace to the world through the Olympic Games. 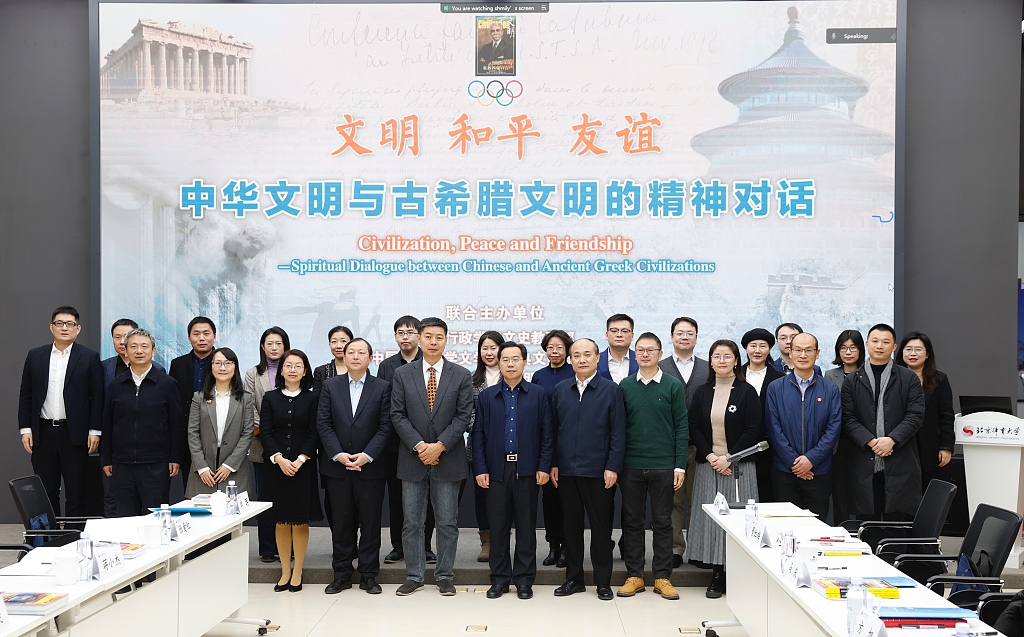 Participants in the Symposium on Civilizations, Peace and Friendship – Spiritual Dialogue between Chinese and Ancient Greek Civilizations in Beijing, China, January 1, 2022. / CFP

Participants in the Symposium on Civilizations, Peace and Friendship – Spiritual Dialogue between Chinese and Ancient Greek Civilizations in Beijing, China, January 1, 2022. / CFP

The 76th session of the United Nations General Assembly in New York on December 2, 2021 adopted the Beijing Winter Olympic Truce resolution drafted by China and the International Olympic Committee.

The resolution, entitled “Building a peaceful and better world through sport and the Olympic ideal”, was adopted by consensus and co-sponsored by 173 member states agreeing to resolve conflicts by peaceful and diplomatic means. 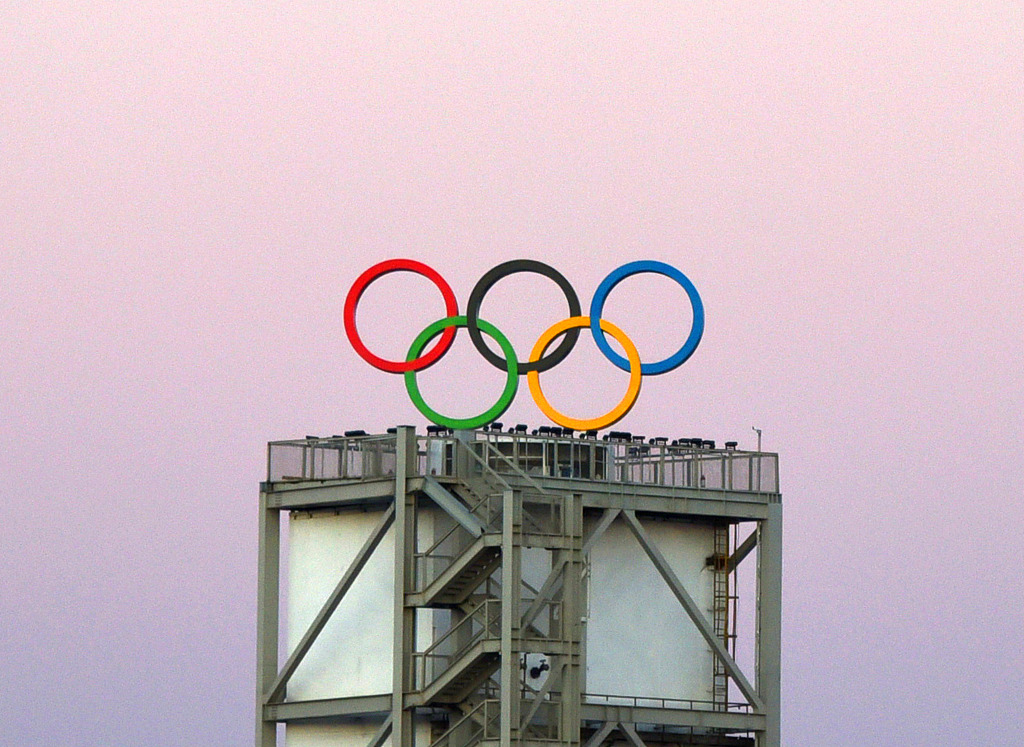 A view of the Olympic rings in Shougang Park in Beijing, China on December 24, 2021. / CFP

A view of the Olympic rings in Shougang Park in Beijing, China on December 24, 2021. / CFP

“The resolution of the truce is to maintain the ancient traditions of Western civilization, and the refusal of individual countries to sign this agreement is a departure from this tradition and from the humanistic values ​​of Olympic peace and friendship,” said Professor Qin Lu from the department. of literature and history at the Chinese Academy of Governance, said at the symposium.