In the second round of the heavyweight bout at UFC Apex, Saint Preux (25-16 MMA, 13-11 UFC) secured a key takedown that stopped a one-sided kick to the feet in the first five minutes. Boser (20-8-1 MMA, 4-3 UFC) rushed to the fence, then put his arm against the cage and got leverage to work his way to a stand-up. Seconds later, he started for the knockout final.

There was immediate analysis from the show’s team of commentators, as well as viewers on social media, as to whether Boser broke the rules to get an alternate fight or whether he used a closed fist to pushing the cage, which would not be considered an illegal action.

Boser was asked about the controversy after the fight, and he has said on several occasions that he does not recall any wrongdoing on his part.

“I heard his corner scream about it, but I don’t remember doing it – I don’t think it was,” Boser told MMA Junkie after the fight at UFC Fight Night 190. “Their job is to be in the best interest of their fighter. If they believe I grabbed the fence, they have every right to be angry. I don’t believe I grabbed the fence. didn’t see on the replay that I caught the fence, and I’m convinced I didn’t catch the fence. But if they believe that is what happened, they have the right to ‘be upset because he’s their guy. It’s up to the coaches to be on their guy’s side.

Regardless of the outside outlook, Boser left the Octagon with his hand raised in what was nothing less than a pivotal fight for his career.

After suffering back-to-back losses, Boser made a 21-day turnaround after his bout with Ilir Latifi on June 5 and fought with Saint Preux on short notice, and essentially without a training camp. It was a risky move by the Canadiens, but Boser said he was happy his decision paid off with a win. 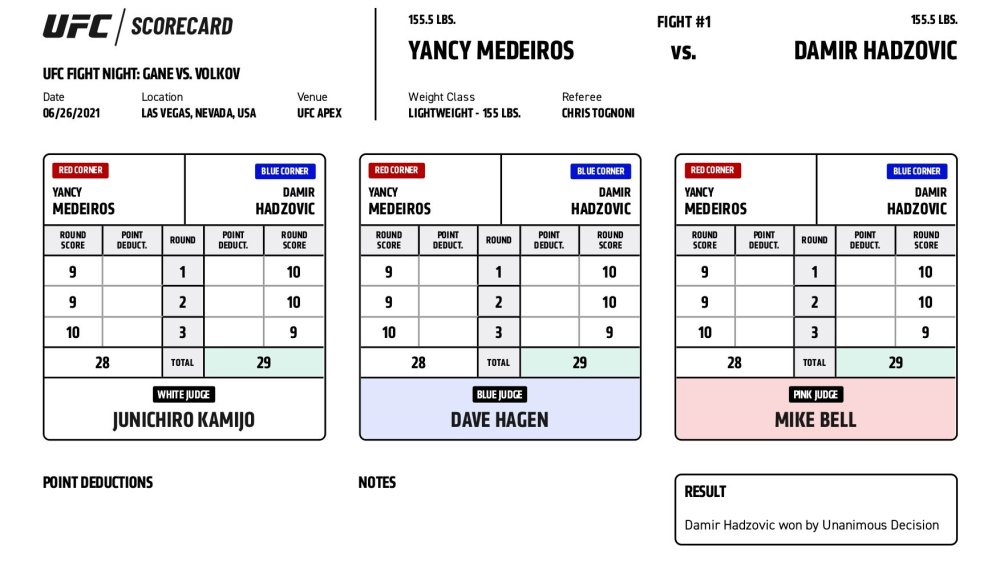